Lillian would be equally at home with the Beatles and with the Archbishop of Canterbury.

November 13, 2018
Lillian would be equally at home with the Beatles and with the Archbishop of Canterbury.

Lillian would be equally at home with the Beatles and with the Archbishop of Canterbury.


Lillian Gish is a very considerable person. She is, furthermore, a lady. The word "lady" has become so outmoded as to seem archaic. Certain people do exist, however, to whom it truly applies, and Lillian is one of them. She is considerate and therefore good-mannered. Her values are good, her humor is good, and she has great good sense. All this excelence is flavored by a charming romanticism on one hand and an astringent sense of the practical on the other. These qualities are supported by a disciplined will, good health, and unflagging enthusiasm and energy, not only for her work but also for all the enjoyable things that life has to offfer. Finally she is and has always been a ravishingly beautiful woman.

Professionally she minds her own business, and film and theater gossip leaves her cold. She turns gently aside, without comment or reproof, from the failings and excesses of those who have attained more recent and inflated reputations. The prevalent sloth, bad manners, extravagance, exhibitionism, caprice and vanity of some stars she finds a curious but uninteresting phenomenon. If questioned about any particular example of a bad behavior or egomania among her colleagues she will discuss only the talent of the person in question and the dangers to which such excess expose it.

Lillian herself is not a vain person, although she believes that actors and actresses should guard their health and their appearance, the better to exercise their metier. Her early training and success as an idealized heroine incline her to cleanliness and prettiness, but she will follow most conscientiously the intentions of any director she respects. It must be admitted, however, that she is a little out of sympathy with the modern taste for comedy of stygian black and for drama that excludes the romantic in relationships in favor of the tortured, the twisted and the perverse.

As a professional she is impeccable. She loves her work and is always ready to tackle the daily responsabilities of whatever role, big or small, she has undertaken. Having contributed in no small degree to the early development of the art of film making under the aegis of D.W. Griffith, and having enjoyed several decades of great success as a film and stage star, she is nevertheless ready and eager to discuss the smallest detail and nuance of whatever role she now accepts.

In Dahomey, where we were filming The Comedians, I remember a day on which Lillian had a particularly difficult scene to play. The temperature was 130 degrees, and there was no shade - not a tree, not a house, not a cafe in which to take occasional refuge. Among the things that Lillian had to endure was being pushed in the face and thrown to the ground (a ground covered with sharp pebbles). As the sequence involved four cars, including a hearse from which a coffin had to be forcibly ejected, the work was slow, and the neccessary detail of rehearsing considerable. Lillian remained calm, cool and alert throughout the long day. Richard Burton, who was also in the scene, finally approached me and courteously suggested that the heat and excessive physical work might be too much for a lady of Lillian's delicacy and that perhaps we should stop work for the day. Naturally, I put the suggestion to Lillian. "Nonsense," she replied. "We are here to work, and we haven't completed the scene. Anyway you need the sun - and it will be just as hot tomorrow. I prefer to work until sundown." And that is exactly what she did. At 5:45 P.M. she finished the scene and gave a fine performance in it.

We all then drove back to headquarters. Lillian arrived at my villa later, looking fresh and radiant in a charming evening dress suitable to the climate, and we dined together. We discussed the theater, African politics, and the religious aspects of Graham Greene's literary work. At 11:30 she retired, saying that she was looking forward to meeting everyone on the set next day - at 6:30 A.M. The evening demonstrated to me that a dedicated, disciplined actress is by no means inevitably a bore. Lillian would be equally at home with the Beatles and with the Archbishop of Canterbury. And they would equally appreciate her.

(The Movies, Mr. Griffith and Me) 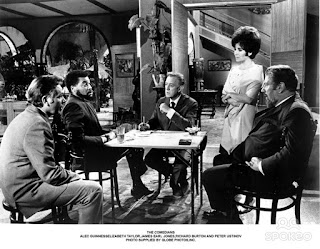 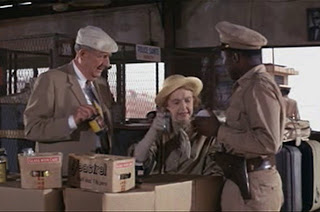 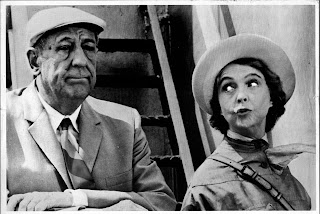 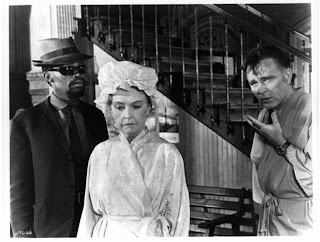 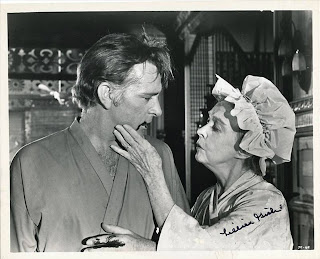 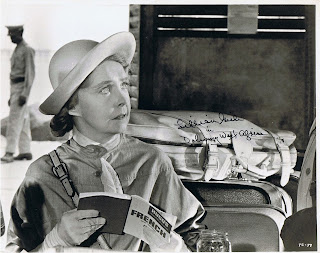 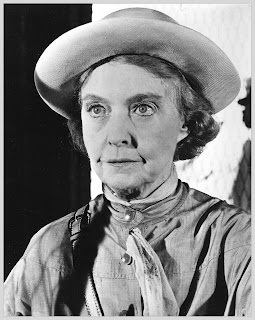 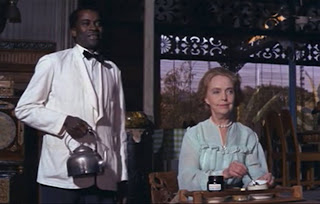 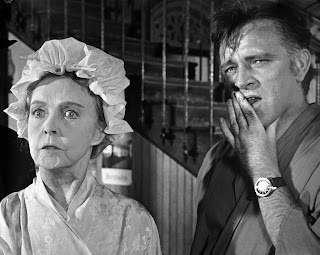 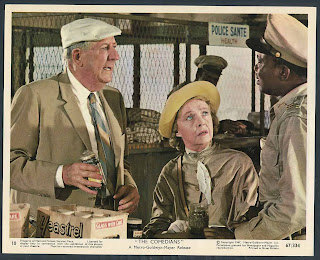 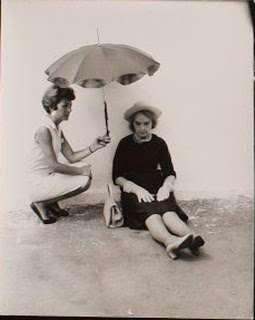 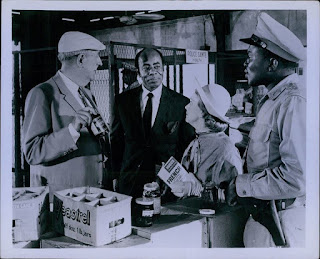 There are also some hilarious scenes involving the Vegetarian candidate for U.S. President (Paul Ford) and his wife (brilliantly played by Lillian Gish). And there are some well-photographed location shots showing voodoo ceremonies and all that. The atmosphere of the Caribbean is invoked convincingly, if to no particular purpose, and there are semi-controversial statements about U.S. policy in Latin America ("Rebels only become Communist when the Yankees insist"). The movie tries to be serious and politically significant, and succeeds only in being tedious and pompous. Still, you have to hand it to Liz and Dick: For them to make a movie attacking Papa Doc Duvalier's dictatorship took even more courage than when Senator Dirksen defended the marigold. Richard Burton ... Brown Elizabeth Taylor ... Martha Pineda Alec Guinness ... Major H. O. Jones Peter Ustinov ... Ambassador Manuel Pineda Paul Ford ... Smith Lillian Gish ... Mrs. Smith Georg Stanford Brown ... Henri Philipot Roscoe Lee Browne ... Petit Pierre Gloria Foster ... Mrs. Philipot James Earl Jones ... Dr. Magiot Zakes Mokae ... Michel Douta Seck ... Joseph Raymond St. Jacques ... Captain Concasseur Cicely Tyson ... Marie Therese