The Birth of a Nation (1915) - Lillian Gish as Elsie Stoneman, promotional photograph in High Resolution

August 08, 2018
The Birth of a Nation (1915) - Lillian Gish as Elsie Stoneman, promotional photograph in High Resolution

Director: D.W. Griffith Writer: Thomas Dixon Jr. Release Date: 3 March 1915 (USA) First film to be shown in the White House (to President Woodrow Wilson). President Woodrow Wilson is famously rumored to have responded to the film with the remark: "It is like writing history with lightning". When it opened in New York City, ticket prices were $2.00 each, which was considered astronomical at the time. In today's currency, accounting for inflation, that would be about $17 - $20. One million people saw the film within a year after its release. Because of the racist overtones of the movie, it was banned in several major cities, such as Los Angeles and Chicago. Among the many film techniques that this movie pioneered were panoramic long shots, iris effects, still shots, night photography, panning shots and the careful staging of battle scenes where hundreds of extras were made to look like thousands. It also employed color tinting for dramatic purposes and creating drama through its own musical score. D.W. Griffith was known for his economical methods of filming. For example: if a mistake was made during a take, rather than calling "Cut!" and beginning the scene over, he would call other actors on-camera to perform a different scene on that particular set, so as to save the setup. Generally considered to mark the birth of modern American cinema. The film was unprecedented in the scope of its battle scenes, and was accordingly innovative in its use of assistant directors to stage and coordinate the movement of distant extras in the background. Originally presented in two parts, with an intermission. After this film was released and criticized as being racist, D.W. Griffith was very hurt. He decided to make Intolerance: Love's Struggle Throughout the Ages (1916) as a follow-up, to show how damaging and dangerous people's intolerance can be. 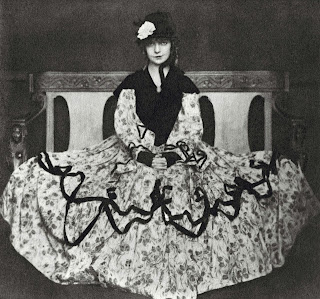