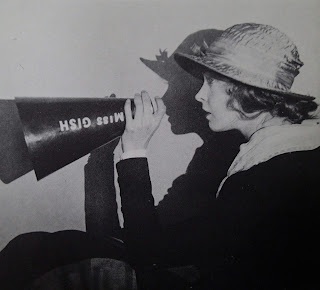 The Evolution of the Woman Filmmaker

The history of women filmmakers is a rich and fertile body of knowledge that has been largely ignored, until recently, by mainstream film historians. Nevertheless, women were very much involved in the creation of the visual art form known as motion pictures from its beginnings until the present. In fact, women were at one time far more prominent in film production circles than they are now. In the early days of film, women such as Alice Guy, Gene Gauntier, Hanna Henning, Ida May Park, Olga Preobrazhenskaya, Nell Shipman, Ruth Stonehouse, Lucille McVey Drew, Elvira Notari, Lois Weber, Dorothy Arzner, Germaine Dulac, Marie Epstein, Grace Cunard, and many others were involved in creating the new visual format. Unfortunately, when the first surveys of film history were written, and when the first pantheons of directors and major players were drawn up, most of the accomplishments of women directors, producers, and scenarists were overlooked. Even feminists tended to believe that there simply were no women involved in the production end of early films; women were viewed as objects of a voyeuristic “male gaze,” in films that were supposedly all directed and created by men.
Women were written out of history as active participants in the production and creation of film, film movements, special effects, the star system, the studio system, independent and experimental forms, and genres. It seems as if historians were primarily interested in women in front of the camera as actors and sex objects. Creative women, however, were very much participants in the history of filmmaking. For example, Alice Guy, a French women director is generally credited as having directed the first “narrative” film. Her film, La Fee aux choux, is in many ways a film like that of her male contemporaries; it tells the story of a fairy tale in which a woman who cannot bear children creates them in a cabbage patch. Guy was instrumental in the development of such early pioneering techniques as special effects (masking, superimposition, and other in-camera effects). She was also very much a pioneer of the very first genre vehicles, yet Alice Guy is rarely cited as the originator of these genres. The hundreds of films she directed include everything from melodramas to gangster films, horror films, fairy tales, and even short music films featuring famous opera singers—forerunners to today’s music videos.


Claiming a Place in History

It is hard to underestimate the talented contributions of this pioneering woman director who worked in early primitive color techniques such as hand-painting and stamping and also created some of the first examples of sound films, recorded on wax cylinders. And Alice Guy was not by any means the only woman producer/writer/director to contribute to the development of the film form. Internationally, many other women, most of whom are barely remembered today, were also prominent in silent-film production. For example, in Australia, the McDonagh sisters (Paulette, Phyllis, and Isobel) taught themselves filmmaking from the vantage point of being actresses. Their early films were only recently “rediscovered” and written back into Australian film history. Hanna Henning, a German woman director who made many silent films awaits rediscovery as does Ida May Park, an American woman director who made scores of films in the silent-film period. The years have been a bit kinder to Lois Weber, Cleo Madison, Dorothy Davenport Reid, and Dorothy Arzner, all of whom have had their films survive and who have been rediscovered and celebrated in film festivals and archival retrospectives such as those at the Museum of Modern Art in New York and the American Museum of the Moving Picture in Astoria.
Women directors thrived in a short period in the beginning of filmmaking production, especially in the teens and early 1920s. In this period, before film directing was seen as primarily a “masculine” occupation, women directors were numerous and busy. This period is well covered by Anthony Slide in his book, Early Women Directors. So many women were active in film production: Julia Crawford Ivers, Nell Shipman, Ruth Stonehouse, Lottie Lyell, Musidora, Margery Wilson, and many others. Many women were employed at the Universal Studios, where Carl Laemmle was not averse to hiring women as directors. Women were also highly active in this period as screenwriters.

American actress Lillian Gish (1896-1993) makes her only foray into directing with Remodeling Her Husband. In an “all-woman” production, Gish co-writes the screenplay with her sister Dorothy, who also stars, and recruits the American writer Dorothy Parker to write the intertitles.


In 1919 Lillian Gish was one of Hollywood’s most respected performers and D. W. Griffith’s favorite actress. That year, confident that her knowledge of the movies was equal to his own, Griffith asked her to direct a movie starring her sister Dorothy for Paramount. Convinced that women had already proven to be proficient directors, Gish happily accepted the offer. Griffith gave her a $50,000 budget and total liberty in the production. He also asked, however, that she supervise the conversion of a recently acquired Long Island estate into a studio, which was far from properly equipped for film production. It proved to be an enormous task, but she completed both it and the film successfully.
Believing that Dorothy’s considerable charm and comedic skills had never been fully captured on film by her directors, Lillian was committed to doing a better job. In addition, she wanted the production to be an “all-woman picture,” so she recruited Dorothy Parker to bring her immense wit to the task of writing the intertitles, a first for Parker. The Gish sisters worked together to develop a comedy scenario that was inspired by a “little piece of business” that Dorothy had discovered in a magazine. The result was Remodeling Her Husband, which provides a clever take on the notions of male prerogative and feminine “charms,” with a heroine who was quite different from the fragile, demure, and often-victimized heroines Lillian usually played. Specifically, a husband complains that his wife is so dowdy that she never attracts the admiring gazes of men. Furious, the wife determines to teach him a lesson by insisting that he follow her as she walks down the street. Each time she passes a man she makes amusing or seductive faces at him, which her husband cannot see. Consequently, each man turns to stare intently at her and she successfully convinces her surprised husband that he is wrong about her lack of sex appeal. The film gently mocks masculine expectations about femininity as its heroine cleverly avoids making herself over to satisfy her husband—a common theme in films at the time. Instead, she uses her “natural” charms to entice the looks of men, and more importantly, to “remodel” her husband’s opinion of her.

In addition to preparing Griffith’s studio for film production in general, Gish recalled her overwhelming responsibilities during the production of Remodeling Her Husband, including designing and furnishing all of the sets, coordinating the costumes, negotiating the hazards of filming in winter, and calming the frazzled nerves of the cinematographer—a shell-shocked war veteran. One of Gish’s favorite anecdotes about the production involved learning the day before shooting one of the film’s most complicated scenes that a police permit was required. Set in downtown Manhattan—where a bus on which Dorothy was riding would pass a taxicab that held her husband and another woman—the scene was crucial to the narrative. So, because it would take several days to acquire one, and because she was without the budget to pay her crew in the meantime, Gish decided to film the scene as scheduled. Risking jail, the film company agreed to the plan. Their gamble paid off, with the help of a sympathetic policeman a fan of Lillian’s—who allowed the cast and crew to continue shooting after he discovered them breaking the law. In the end, she was able to complete the film for $58,000 and it netted more than $460,000. Interestingly, the film erroneously credited Gish with being the first woman director; that is, it included an introductory title card that suggested that because the modern woman was becoming active in all of the arts, it was time for her to undertake motion picture directing.

When Remodeling Her Husband was completed, Griffith praised Lillian’s work but the critics were less kind, suggesting that Dorothy’s performance was its only strength. In any event, the film marked the beginning and the end of Lillian Gish’s career as a director. She subsequently told an interviewer that she thought directing was “no career for a lady,” mostly because she was not enamored of the myriad administrative details it requires. By the time she left Griffith’s employ, Gish had acquired considerable filmmaking expertise, and her subsequent studio contracts gave her unusual power in the production of her films; at both the smaller Inspiration Pictures studio and later for MGM, she had script control and her choice of directors. Thus, in the mid-1920s, she made two of her most memorable films, which were directed by two virtuoso directors: La Boheme directed by King Vidor, and The Scarlet Letter directed by Victor Seastrom. In addition, she diligently scouted locations and sought to bring authenticity to her films and performances.
—Cynthia Felando