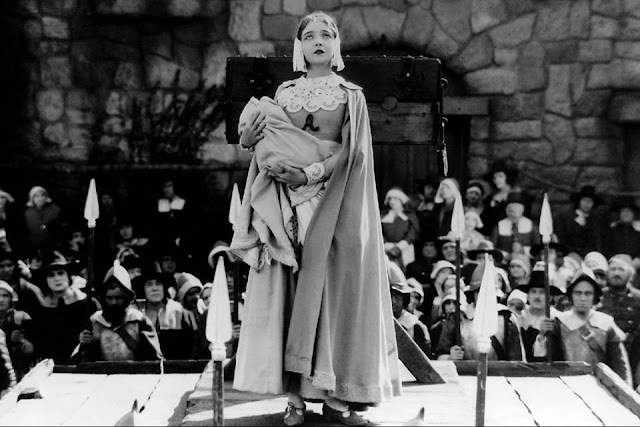 Among the youngsters that have been coming to the front upon the screen of late, few if any, have displayed greater possibilities than Joyce Coad, a diminutive bundle of personality, who doesn’t look over seven or eight years of age.

The genius of the little girl was evidenced in her noteworthy performance in Paramount’s recent production, “Children of Divorce,” co-starring Clara Bow and Esther Ralston. In fact, the work of Joyce was one of the few saving graces of an otherwise mediocre picture.

In “The Scarlet Letter,” with Lillian Gish, the youngster also attracted widespread attention. Incidentally Joyce is a protege of Miss Gish’s and sort of a fairhaired child on the M-G-M “lot,” where her delightful personality has won her a host of friends, from stars down to the lowliest studio employees.

It was while visiting with Francis X. Bushman during the filming of the chariot races with “Ben Hur” that Joyce came under the observation of M-G-M officials. A screen test resulted and she was immediately cast in “The Devil’s Circus” starring Norma Shearer. She is now starting on her second year in pictures and at the rate she is traveling she ll reach the limited circle of child stars before long.
We happened to run into the little girl at First National, where she had been called for an interview for a part in a forthcoming production. To the best of our knowledge she got the part.