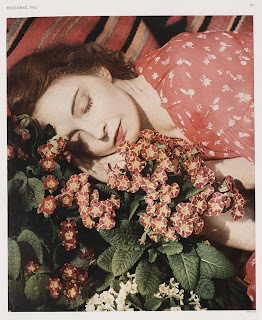 ” Among the significant and potentially historic figures of our dramatic times, Lillian Gish occupies a particularly luminous place. The literati have burdened her with ethereal apostrophes: she has been likened to Duse, to Helen of Troy, to an angel, and to a “frightened chrysanthemum”. She has been in pictures ever since she was a fragile wisp of a girl, and she has remained the symbol of delicacy and passive tenderness ever since the days of Broken Blossoms, down the years through The White Sister and Orphans of the Storm to the present day. Now she is hack again on the legitimate stage, exquisitely moribund as Camille, her first play since her great success of two years ago, in Uncle Vanya. Miss Gish is being further canonized by a new biography, Life and Lillian Gish, by Albert Bigelow Paine, and by a revival of one of the first Gish opera extant, an ancient Biograph film, entitled A Northwoods Romance, which is being shown as a part of that acid revue. Americana
Miss Lillian Gish
(George Jean Nathan)