A celebration of this year's Life Achievement Award winner.

If you read in a Victorian novel about an actress that began her career in the early 1800s was still going strong in 1984, you would dismiss it as absurd.But transfer the century to our own and the dates correspond to the career of Lillian Gish. She made her first appearanceon the stage in 1901 at the age of five—as Baby Lillian—acted in her first film in 1912. and recently finished a picture that will be released this year. Lillian Gish is noordinary actress: by common consent, she is one of the greatest of this century.
You can safely say that about stage players, for their performances survive only in the memory. But Lillian Gish's performances exist in films that have been subjected to scrutiny again and again. The verdict is always the same: Lillian Gish is astonishing.
Meeting her is an exhilarating experience,for her enthusiasm is undimmed. She has the ability to convey her memories as though relating them for the first time. To see that face—the most celebrated of the entire silent era. and so little changed—and to hear references to "Mr. Griffith"and "Mary Pickford" is to know you are at the heart of film history.
She was discovered, if that is the right word, by D.W. Griffith. She credits him with giving her the finest education in the craft of film that anyone could receive. He created much of that craft himself, making up the rules as he went along. She calls him"the Father of Film." And the pictures they made together read like a roll call of the classics of the cinema: The Birth of a Nation (1915). Intolerance (1916). Hearts of the World (1918), Broken Blossoms(1919). Way Down East (1920), Orphans of the Storm (1921).The films she made immediately after
she left Griffith, when she had her choice of director, story, and cast, include more classics, such as La Boheme (1926), The Scarlet Letter (1926), and The Wind(1928). In a later chapter of her career, she played in Duel in the Sun (1946), The Night of the Hunter (1955), Orders to Kill(1958), and A Wedding (1978).
"We used to laugh about films in the early days," she says. "We used to call them flickers. Mr. Griffith said, 'Don't you ever let me hear you use that word again.The film and its power are predicted in the Bible. There's to be a universal language making all men understand each other. We are taking the first baby steps in a power that could bring about the millennium.Remember that when you stand in front of the camera.'"
It was this ideal, this integrity, that made compromise so difficult for both of them. The seriousness with which Lillian Gish took her work was undermined at MGM in 1927 when it was suggested that a scandal might improve her performance at the box office. "You are way up there on a pedestal and nobody cares." said the producers. "If you were knocked off the
pedestal, everyone would care."
Lillian Gish realized she would be expected to give a performance off screen as well as on. "I'm sorry," she said, "I just don't have that much vitality." Shortly afterward, she returned to her first love,the theater, and the cinema lost her for the better part of a decade.
What the film producers failed to comprehend was how much value for the money she gave them, for she was part of an older tradition. Griffith had imbued his players with the discipline and dedication of the nineteenth-century theater, and Lillian Gish carried these qualities to unprecedented lengths. 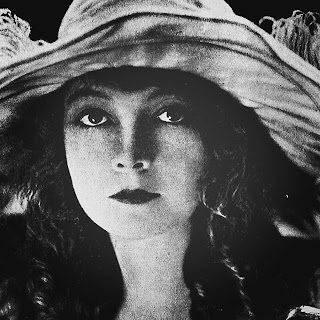