The Winnipeg Tribune – Cavalcade of The Screen (By Erskine Johnson – 1943)

Hollywood – After 30 years, Hollywood again is interested in the screen’s first great star Lillian Gish. But she still hasn’t been able to interest Hollywood in Mr. Hollywood. To Lillian Gish and a lot of other people, Mr. Hollywood is D.W. Griffith, the producer and director of “The Birth of a Nation,” “Intolerance,””Broken Blossoms,”and “Hearts of the World,” films that made the name of Gish and Hollywood household words throughout the world.
Under the title, Silver Glory, and with the help of author Myron Brinig, Miss Gish has written the story of D.W. Griffith, which as she says, is the story of Hollywood.
“It’s a better story by George M. Cohan’s,” she says. “A cavalcade of the screen with a terrific nostalgic appeal.”
For three years Lillian says she has been trying to interest Hollywood in the story, in which she would play herself.
“Producers tell me, ‘Yes, Lillian, it IS a great story. Maybe some day –‘ And then nothing happens. I talked to Myron Selznick (the film agent) about it once. He said it was a great story, too. Then his brother, David, produced “A Star is Born.” I sent them a kidding telegram about using my idea and their attorneys replied in a three-page letter, saying there was no similarity. I guess there wasn’t.
Lillian says she talked to Louis B. Mayer about it once, too.
“’It IS a great story,’ he said, and then he thanked me for startling him. He said he was a small town exhibitor when The Birth of a Nation was released. He knew the picture was a hit. So he pawned his wife wedding ring and mortgaged an insurance policy to buy the picture for his theatre. The film made him a small fortune.

“Now I hear Mr. Mayer is about to glorify motion pictures in a film called “The First Fifty Years.” But they tell me it isn’t the story of Mr. Griffith.”
And not until Hollywood does film the story of Griffith, says Lillian, will Hollywood capture the real, romantic story of motion pictures. A Star is Born and Hollywood Cavalcade both failed she says.

At 47, Lillian Gish looks so young the Universal Studio makeup department had to pencil lines on her face as Donald O’Connor’s mother in Man of The Family***
It was a combination of her work on the stage in Life With Father and the war which brought Lillian back to the town where she reigned for 15 years as the first lady of the screen. Life made Hollywood “Gish-concious” again. The war stopped her from making annual trips to Europe between seasons on the Broadway stage, where she’s been ever since she quit the screen.
“Some people said I didn’t have the voice for talkies. I still have the same voice. Now they say it’s good. Which proves I was right, Voice recording – not the voices – were bad in those days.

Back in Hollywood, where she started 30 years ago, Lillian Gish still remains the only woman who ever wrote, directed, produced and cut a motion picture. The film was Remodeling Her Husband, starring sister Dorothy, in 1921. It cost $58.000, and earned $300.000. In fact, Lillian cut most of her own pictures.

She’s slated to play several other screen roles soon. But most of all, Lillian Gish wants to play Lillian Gish in the story of Hollywood as seen through D.W. Griffith’s eyes.
“And some day,” she says, “it will be filmed.”
By Erskine Johnson

The play involves a "woman who has to live with a daughter-in-law who hates her and a son who does not dare take her side." While the unhappy family lives in a Houston apartment, Carrie Watts dreams of returning to Bountiful, where she was raised. She eventually runs away and embarks by bus to her…
Read more 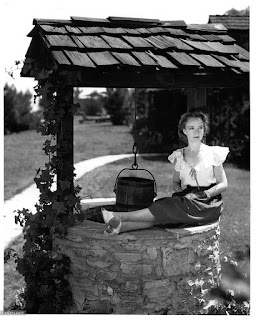 Rudolph Altobelli, a music and film industry talent manager, bought the house for $86,000 in the early 1960s (equivalent to US$700,000 in 2017) and often rented it out. Residents included Cary Grant and Dyan Cannon (it was their honeymoon nest in 1965), Henry Fonda, George Chakiris, Mark Lindsay, Paul Revere & the Raiders, Samantha Eggar, and Olivia Hussey. Charles Manson visited the house in late 1968, when it was occupied by couple Terry Melcher (the son of actress Doris Day) and Candice Bergen with roommate/talent-manager Roger Hart. The…
Read more

The sad story of “The Gish”, victim of ignorance, politics and hatred 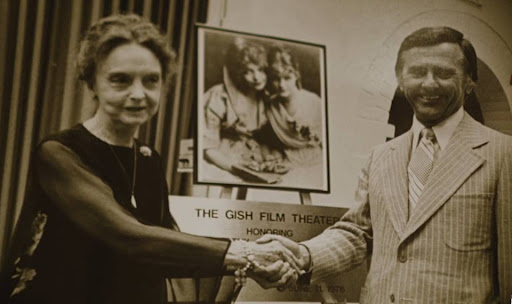 Sunday’s celebration of the 40th anniversary of the Lillian and Dorothy Gish Film Theatre on campus took place under a shadow. Posted By: David Dupont October 18, 2016
By DAVID DUPONT
BG Independent News
The theater in Hanna Hall faces relocation as Bowling Green State University makes plans to convert the 95-year-old building into a new home for the College of Business Administration.
That would mean the removal of the theater, its affiliated gallery and the Wolfe video collection and viewing room from Hanna Hall.
University officials have promised to find a new home for the facility on campus.
Wolfe, who is the founder and curator of the theater, said that he’s been told the theater would move into the theater space now in the Bowen-Thompson Student Union. But that would not have room for the collections of memorabilia and the video collection, he said.
“The theater space in the student union can in no way rival the aesthetics of this space and will not have the gallery docume…
Read more