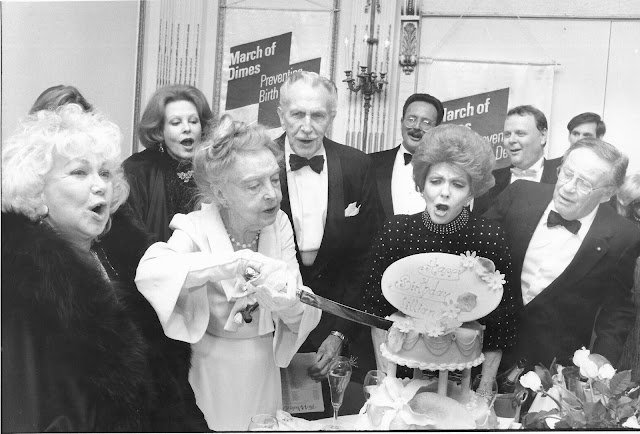 October 14, 1987 - Ann Sothern, Arlene Dahl, Lillian Gish, Vincent Price, Vivian Blaine and Joseph Mankiewicz - A birthday party celebration was held for Lillian Gish in conjunction with the benefit premiere of her latest and 105th movie "The Whales of August", in which she stars with Bette Davis. The birthday party was held at the Plaza Hotel following the premiere of her movie. Both were held as a fundraiser for the March of Dimes. 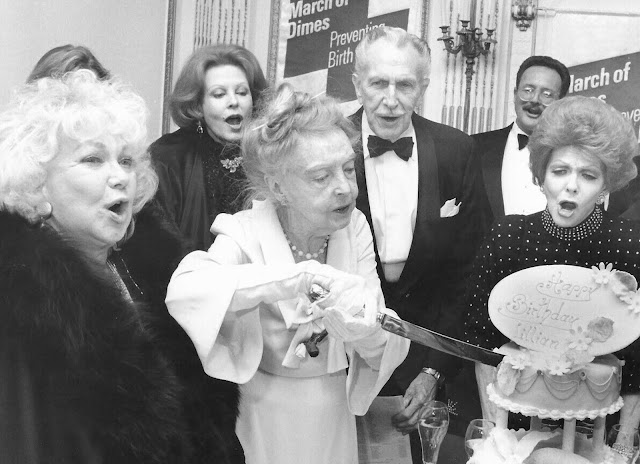