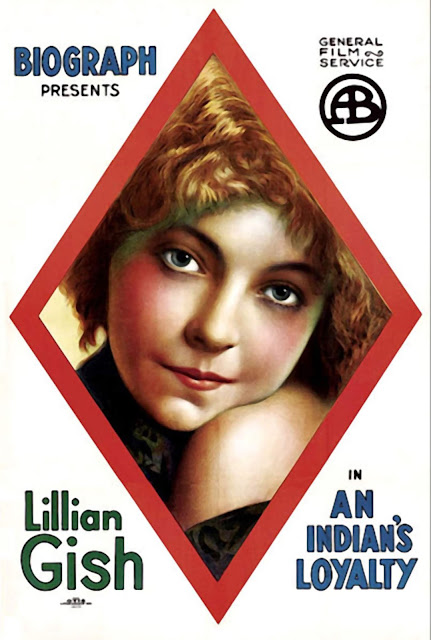 October 2. — Featuring Lillian Gish, Edward Dillon and Eagle Eye.
The Young foreman and the ranchero’s daughter are in love and when an Indian, who is employed on the ranch, is discharged by the ranchero who accused him of stealing money, which was stolen by a farm hand, the foreman who has taken a liking for the Indian, has him reinstated. The foreman, who is suspicious of the farm hand, discovers him looking in the window of the ranchero’s house. He is discharged and, bent on revenge, he goes after one of his pals. They capture the ranchero’s daughter and insist that she tell them where her father’s money is. The Indian returning from the field for a farm implement and hearing the noise inside, looks in and sees the girl struggling with the men. He goes for help and when the men arrive a terrific struggle ensues, ending with the capture of the outlaws.

Director: Christy Cabanne
Writer: Fred Burns
1913 American short Western film directed by Christy Cabanne and featuring Lillian Gish.
A melodramatic picture with a situation that the Biograph Company has made use of a great many times, but nearly always with freshness and nearly always effectively, as in the present case. It is a situation where there is money in the house and only a girl to protect it, and the bad man attempts to force her to disclose its hiding place. As usual there are rescuers on the way, and it also includes a speedy Biograph chase. The photography is clear. (The Moving Picture World, September 6, 1913)