The daughter of a Louisville truck driver marries the scion of a very wealthy family, but reception at the family estate is boycotted by the invited guests. Director: Robert Altman Writers: John Considine (screenplay), Patricia Resnick (screenplay) Stars: Carol Burnett, Desi Arnaz Jr., Paul Dooley, Lillian Gish ....................................................... When Lillian Gish arrived at the Armour Mansion in Lake Bluff for her role in Robert Altman's “A Wedding”, one of the first people she ran into was Dina Merrill, the actress whose mother was Marjorie Merriweather Post, the famous socialite. “Do you remember when I met you at Mary Pickford's house?” Miss Gish asked Miss Merrill. “You were just a little girl…” “Why, Miss Gish,” said Miss Merrill, “how could you remember me?” “Oh, I remember you, all right, and your mother, too," said Miss Gish. “Who do you think I'm playing?” She remembers a lot of other people, too. At the age of 81, Lillian Gish, who starred for D. W. Griffith in “The Birth of a Nation” in 1914, was celebrating her 65th year in motion pictures this week by appearing in her 100th film. She plays the matriarch of an enormously wealthy North Shore family. Staying home because she's too ill to attend her granddaughter's wedding, she dies before the wedding party returns. Because so much money has already been spent on the catering, her family simply decides not to mention her death, which leads to all sorts of comic complications. On Wednesday morning, Miss Gish acted in her death scene with Geraldine Chaplin, who plays a member of her family, and Beverly Ross, who plays a nurse. Then she was to have a break before the afternoon shooting… but Robert Altman and his staff had planned a surprise. On the mansion's lawn, high on a bluff overlooking Lake Michigan, they set out rows of white chairs in front of a table bearing a gigantic three-tiered cake. It was truly garish and wondrous: A camera was mounted on top of the cake, punch cascaded from a fountain hidden inside it, and photographs of Miss Gish were mounted on It. Miss Gish was expected to appear at any moment for her surprise. “She's simply terrific,” Altman said. “She notices everything about the lighting. Three or four times this morning she'd say, ‘You know, I don't think this lighting is going to match your last shots.’ And, by God, she'd be right!” Altman joined Bert Remsen, one of the perennial members of his repertory company of actors, in moving the table into the sunlight so the lighting would be better for the cameramen when Miss Gish cut into the cake. And just then Lillian Gish herself appeared, to the enthusiastic applause of the crew and such fellow cast members as Carol Burnett, Dina Merrill, Howard Duff, Vittorio Gassmann, Nina von Pallandt, Mia Farrow (with four children in tow), Geraldine Chaplin and Amy Stryker (who plays her granddaughter the bride). “Oh, I don't deserve this!” she exclaimed. Altman made a little speech and suggested she take the cake knife, and… “No! Not up my nose!” she said sharply to Newsweek photographer Jeff Lowenthal, who was on the lawn taking a low-angle shot of the cake cutting. “If God had wanted you to see me that way, he'd have given you eyes in your belly button!” General laughter. “Let's cut the cake,” said Altman. “Which part is real? Remember, Lillian, you're not through working yet… you still have to be dead after lunch.” “Nobody gave me the slightest hint,” said Miss Gish, delighted by the party. She cut a big piece of cake and gave it to Carol Burnett. Then she sat in one of the chairs and received the press. Was she always so alert to the nuances of lighting? “I've long since learned,” she said, “that a low light and a high camera are better friends to me than the other way around.” What was it like working with Altman, who improvises on his screenplays so often? “When I arrived here, I hadn't read a word of script or anything else in writing. But I was glad to take the role, because I'm a pioneer -- always ready to try something new.” What did she think about the shift in emphasis from stars to directors? “The film is always the star! Not actors -- we come by the hundreds and go by the hundreds -- nor anybody else. Mr. Griffith was the father of film and he believed that very firmly. And as for directors, Cecil B. DeMille, shortly before he died, told me he wasn't worthy of tying Mr. Griffith's shoelaces.” Geraldine Chaplin, who'd, played the death scene with Miss Gish, was not far away on the lawn. I asked her what it had been like, working with her. “Wonderful. She knows everybody, and everything about everybody. She talked to me about my father (Charlie Chaplin, of course), and about my grandfather (Eugene O'Neill), and about my mother, whom she'd known since she was eight, and about my father's first wife… I learned a lot of family history.” How did she die in the scene? “Well, she'd had some trouble with that. She called up some clergymen she knew and told them they were in the death business and she wanted to know how to die a funny death… because this is a comedy, of course. And they all told her, ‘Lillian, death just isn't funny.’ So she told Altman, ‘I just can't do a funny death.’” What did she do? “She went out rather beautifully, I thought,” said Geraldine Chaplin, smiling. “She had a smile on her face, that famous lingering smile, like a candle being blown out…” Any last words? “Only ‘Geraldine, dear, would you move a little that way? You're in my light.’” Happy Birthday, Lillian… by Roger Ebert June 24, 1977 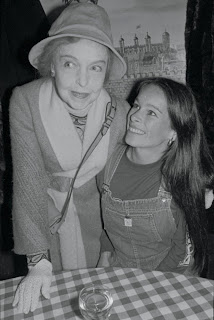 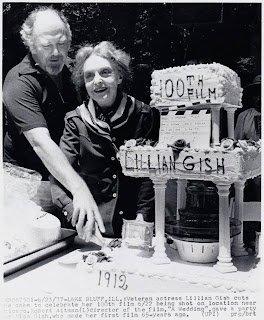 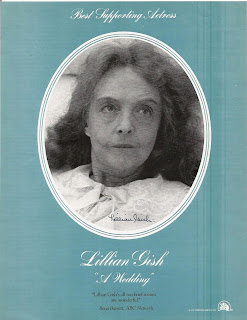 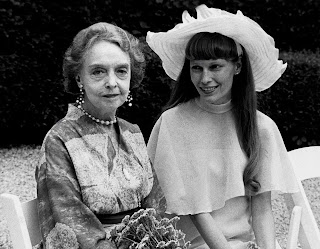 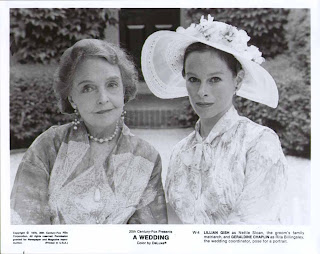 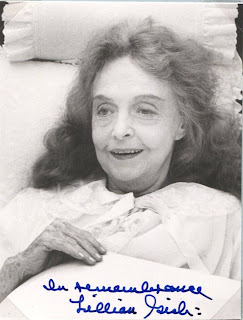 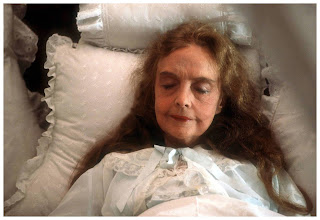 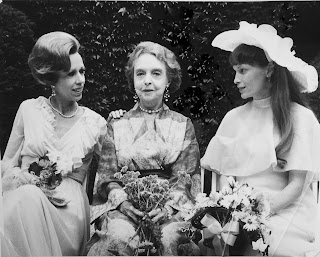 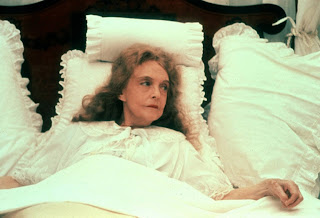