On this day in 1982, a lot of stars gathered together in New York to raise money for the Actor’s Fund of America with a spectacular variety show titled “Night of 100 Stars.” Let’s look back at some of the truly astounding, inspiring clips that survive.
Liza Minnelli was on hand to introduce some famous movie couples, including Warren Beatty and Diane Keaton in Reds as famous reds John Reed and Louise Bryant. Then they all joined hands and sang “Love Makes the World Go Round.” Just take a minute to let that wash over you.
Easily the highlight, however, was the fashion show, which featured looks from history plus modern designs modeled by Cicely Tyson, Eva Gabor, Brooke Shields, and Linda Evans of Dynasty. The grand finale was Cher in a wedding ensemble which looks to have been party gold lamé.

The show returned in 1985 with an intro so wondrous, it must be seen to be believed. It featured a Pan Am 747 cruising the streets of New York City before stopping at Radio City Music Hall to disgorge a bunch of celebrities for the show. The credits took an eternity, and included both a troupe of trained sea lions and Gloria Steinem. 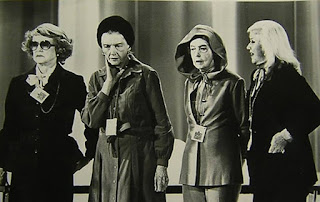 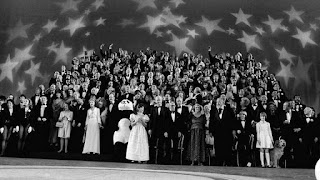 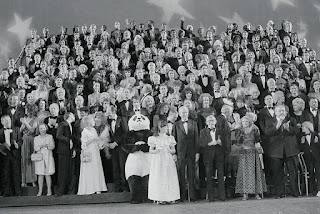 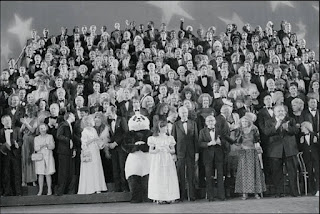 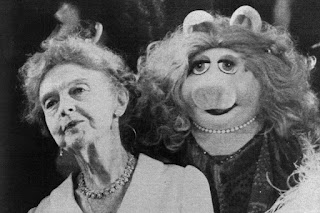 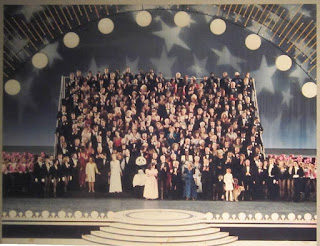 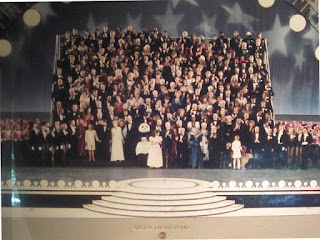