July 15, 2018
David Wark Griffith was born in rural Kentucky to Jacob "Roaring Jake" Griffith, a former Confederate Army colonel and Civil War veteran. Young Griffith grew up with his father's romantic war stories and melodramatic nineteenth-century literature that were to eventually mold his black-and-white, inherently racist view of human existence and history. In 1897 Griffith set out to pursue a career both acting and writing for the theater, but for the most part was unsuccessful. Reluctantly, he agreed to act in the new motion picture medium for Edwin S. Porter at the Edison Company. Griffith was eventually offered a job at the financially struggling American Mutoscope & Biograph Co., where he directed over four hundred and fifty short films, experimenting with the story-telling techniques he would later perfect in his epic The Birth of a Nation (1915).

Griffith and his personal cinematographer G.W. Bitzer collaborated to create and perfect such cinematic devices as the flashback, the iris shot, the mask and cross-cutting. In the years following "Birth", Griffith never again saw the same monumental success as his signature film and, in 1931, his increasing failures forced his retirement. Though hailed for his vision in narrative film-making, he was similarly criticized for his blatant racism. Griffith died in Los Angeles in 1948, one of the most dichotomous figures in film history.

He has been called "the father of film technique," "the man who invented Hollywood," and "the Shakespeare of the screen".
In 1920 he established United Artists with Charles Chaplin, Douglas Fairbanks and Mary Pickford.
Interred at Mount Tabor Methodist Church Graveyard, Centerfield, KY (30 minutes north of Louisville).
In 1975 the U.S. Postal Service honored him with a postage stamp.
15 December 1999: Declaring that Griffith "helped foster intolerable racial stereotypes," the Directors Guild of America's National Board - without membership consultation--announced it would rename the D.W. Griffith Award, the Guild's highest honor. First given in 1953, its recipients included Stanley Kubrick, David Lean, John Huston, Woody Allen, Akira Kurosawa, John Ford, Ingmar Bergman, Alfred Hitchcock, and Griffith's friend Cecil B. DeMille.
He produced and directed the first movie ever made in Hollywood, In Old California (1910) which was produced by the American Mutoscope & Biograph Co. which is still in existence today and the oldest movie company in America. The film was rediscovered by Biograph and shown on the 6th of May 2004 at the Beverly Hills Film Festival attended by the President of Biograph Company Thomas R. Bond II and Mikhail Vartanov. On the same day, a monument was erected near the site where the film was made (Hollywood Boulevard and Vine Street. However, almost a year later in 2005, the 2.8 ton monument was stolen overnight, under mysterious circumstances and is no longer there, but was found almost one year after its disappearance near a garbage bin not far from where the monument stood on Vine Street in Hollywood.
His first sound film was Abraham Lincoln (1930).

D.W. Griffith, the son of Jacob Griffith, a former Confederate colonel, was born in a tiny hamlet not far from Louisville, Kentucky. He received his early education in one-room schools, largely under the tutelage of his older sister, and was subject to the strong influence of his father’s imaginative stories of the Mexican-American War and the American Civil War and family readings of the works of Dickens, Shakespeare, and Sir Walter Scott. The family was impoverished upon the death of Jacob, when David was 10 years old. After a brief stay with relatives, the family moved to Louisville. Griffith’s formal education was terminated in secondary school by the necessity of contributing to the family’s financial needs. He became, successively, an elevator operator in a dry-goods store and a clerk in a bookstore. During the latter clerkship, Griffith was exposed to the literati of Louisville and to the actors and actresses who played at Louisville’s Temple Theatre.

Griffith began an acting career with several amateur theatre groups and made his professional debut in small roles with a stock company at the Temple Theatre. A barnstorming career with various touring companies followed, concluding with a Boston engagement in the spring of 1906. Following that engagement, Griffith completed a play, A Fool and a Girl, based on his personal experiences in the California hop fields, which was produced in Washington, D.C., in the fall of 1907. The play was a failure despite the presence of Fannie Ward in the leading role. After the closing of the play, Griffith wrote a second play, War, which was based on events that occurred in the American Revolution. This later play remains unproduced.

On the advice of a former acting colleague, Griffith sold some scenarios for one-reel films, first to Edwin Porter, the director of the Edison Film Company, and then to the Biograph Company, both located in New York City. Griffith appeared as an actor in one film for the Edison Company, Rescued from an Eagle’s Nest, under Porter’s direction, and in several films for the Biograph Company. When an opening for a director developed at Biograph, Griffith was hired. During the next five years, from 1908 to 1913, Griffith made more than 400 films for Biograph, the majority in the one-reel format, lasting approximately 12 minutes. His first film was The Adventures of Dollie (1908), about a baby stolen by and recovered from Gypsies. During the latter part of his employment, he experimented with longer films; his last Biograph film, Judith of Bethulia (1913), a biblical story of Judith and Holofernes, based loosely on a play of the same title by Thomas Bailey Aldrich, comprised four reels.

During his Biograph period D.W. Griffith introduced or refined the techniques of motion-picture exposition, including the close-up, a film shot in which a single object or face filled the screen; the scenic long shot, showing an entire panoramic view; and cross-cutting, a technique of editing scenes at various locations together and intermixing them to give the impression to the viewer that the separate actions were happening simultaneously. With the assistance of his brilliant cinematographer, G.W. (“Billy”) Bitzer, Griffith made effective use of the fade-out and fade-in, a technique in which the screen darkens gradually to black or lightens from black to a full image, to indicate the end or the beginning of the story or of an episode, and the framing of film images through the use of special masks to produce a picture in other than the standard rectangular image. Griffith introduced to the screen young actors and actresses who were to become the motion-picture personages of the future. Included among these were Mary Pickford, Lillian and Dorothy Gish, Mack Sennett, Mae Marsh, Lionel Barrymore, and Harry Carey.
The Birth of a Nation and Intolerance

In 1913 Griffith left Biograph and entered into an agreement with Mutual Films for the direction and supervision of motion pictures. From this association, among other films, came The Birth of a Nation. With the official opening of the film under the title The Clansman, at Clune’s Auditorium in Los Angeles on February 8, 1915, the infant art of the motion picture was revolutionized. The film was subsequently lionized for its radical technique and condemned for its racist philosophy. Filmed at a cost of $110,000, it returned millions of dollars in profits, making it, perhaps, the most profitable film of all time, although a full accounting has never been made.

After screenings of the film had caused riots at several theatres, however, The Birth of a Nation was censored in many cities, including New York City, and Griffith became an ardent opponent of censorship of the motion picture. His next important film, Intolerance (1916), was, in part, an answer to his critics.

Intolerance, a film of epic proportions, combined four separate stories: the fall of ancient Babylon to the hordes of Cyrus, the St. Bartholomew’s Day Massacre of the Huguenots in 16th-century France, the Crucifixion of Jesus, and a contemporary story dealing with a wrongfully condemned man. The giant settings, especially the one representing ancient Babylon, have remained a benchmark for motion-picture spectacle, and the opulent settings for 16th-century Paris were almost equally impressive. Griffith interwove the four stories in an increasingly complex manner until all were brought to resolution in a controlled torrent of images that still leaves the viewer breathless. Only the contemporary story was given a happy ending. The film ends with an allegorical plea for the end of war through divine intervention, indicated through superimpositions of heavenly hosts above a flower-strewn battlefield. The film was an artistic success on its presentation in New York City on September 5, 1916, but proved to be a financial failure. Nevertheless, tribute has been paid to its seminal influence on the work done by many film directors. Almost unanimously, critics have hailed Intolerance as the finest achievement of the silent film.

Most of Griffith’s profits from The Birth of a Nation were used and lost in the making of Intolerance, but he was able to secure the financing for the building of his own studio in Mamaroneck, New York. His films were to be released through United Artists, a motion-picture distributor of which he was a founding partner, with Mary Pickford, Charles Chaplin, and Douglas Fairbanks. Despite making such distinguished films as Broken Blossoms (1919) and Orphans of the Storm (1921), and an extremely profitable film, Way Down East (1920), his studio foundered on the failure of lesser films and the business recession of the first half of the 1920s.

Griffith was subsequently employed as a director by Paramount Pictures and as contract director by United Artists. His view of the American Revolution was realized in America (1924), and his next-to-last film, Abraham Lincoln (1930), was another view of the American Civil War in a somewhat ponderous biographical style. Despite his past success and the general acknowledgement of his vital contributions to the syntax of the motion picture, Griffith was unable to find permanent employment after Abraham Lincoln. His last film, The Struggle (1931), a grim study of the degeneration of an alcoholic husband, was an abject failure, withdrawn by United Artists after a brief run. Griffith had produced The Struggle independently and, although not destitute, was never again able to finance another film or find regular employment in the motion-picture industry. 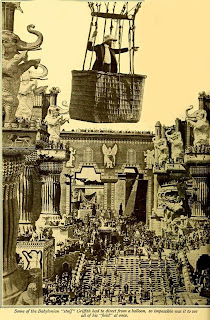 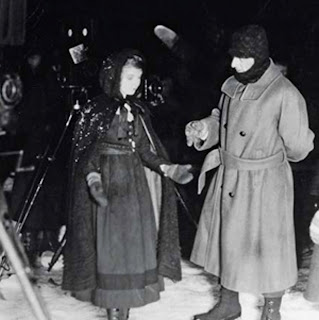 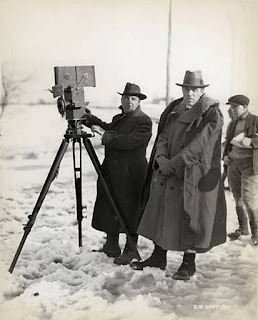 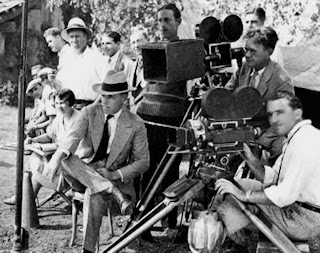 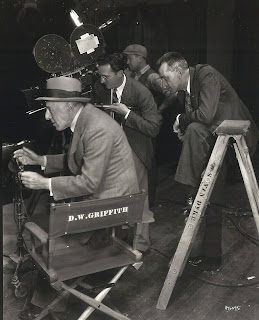 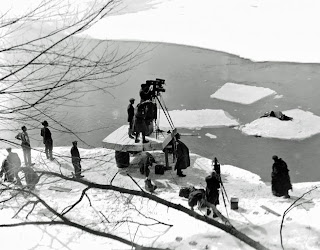 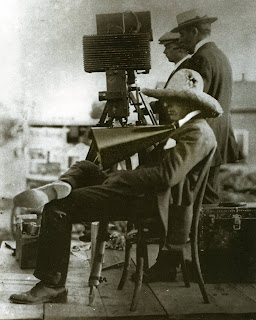 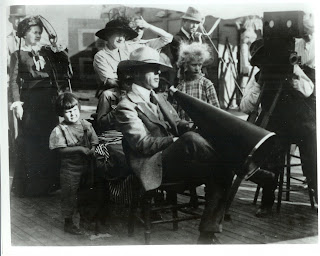 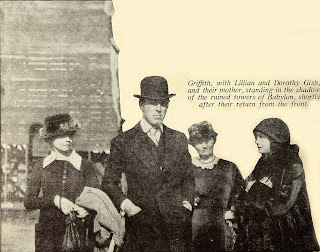 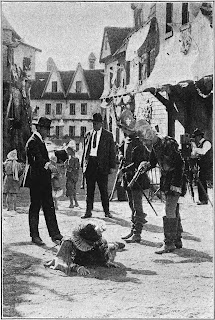 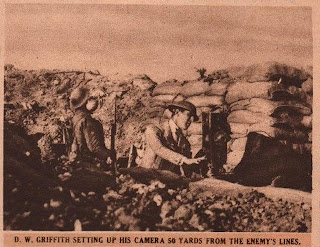 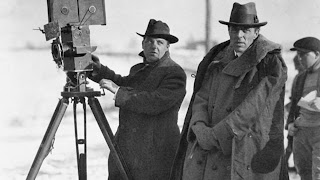 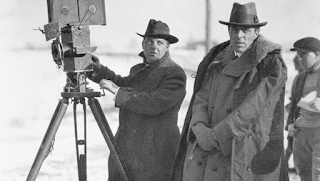 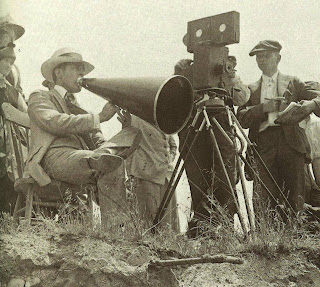 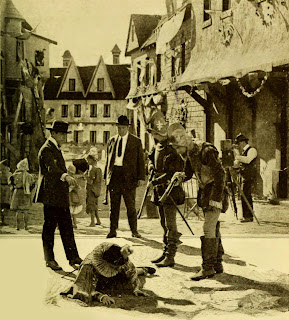 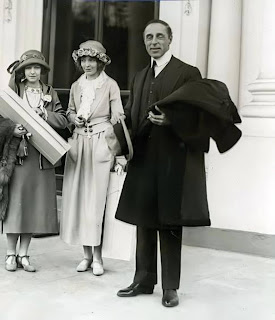 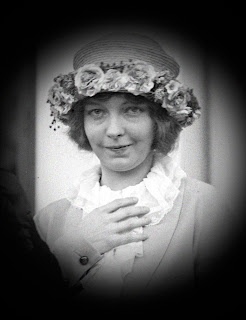 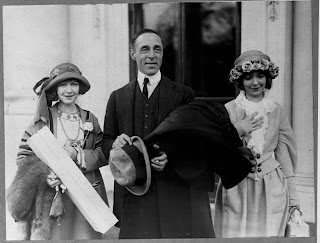 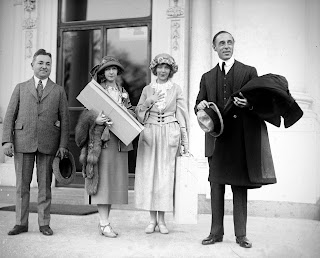 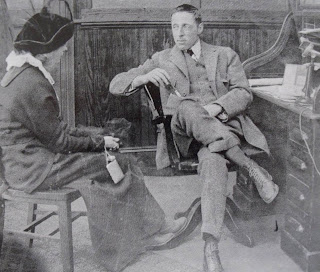 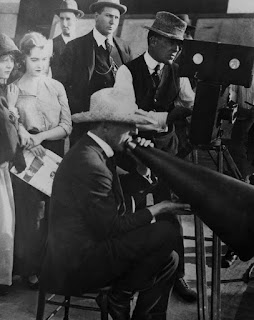 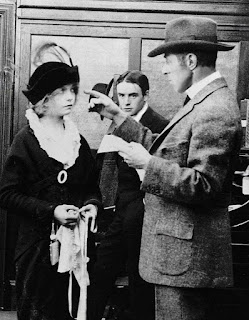 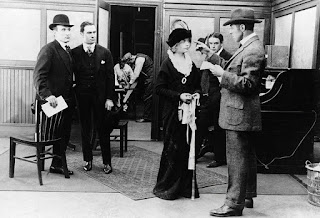