The Grass Harp is a novel by Truman Capote published on October 1, 1951 It tells the story of an orphaned boy and two elderly ladies who observe life from a tree. They eventually leave their temporary retreat to make amends with each other and other members of society.

Not wanting to take up his incomplete first novel, Summer Crossing, Capote began writing The Grass Harp in June 1950 and completed it on May 27, 1951. The novel was inspired by memories of his Alabama childhood, specifically a tree house constructed in the 1930s in a large walnut tree in his cousin Jenny's backyard. This large tree house, accessible by an antique spiral staircase, featured cypress wood construction and a tin roof, and was furnished with a rattan sofa. Capote spent time in this tree house with his cousin Sook or other childhood friends such as Nelle Harper Lee. The novel was additionally inspired by his cousin Sook's dropsy medicine, which she made yearly until the age of 62. She took the recipe for it to the grave, despite Jenny's wanting first to patent the recipe and then to sell it to a manufacturer.

Capote completed The Grass Harp while he was vacationing in Taormina, Sicily. The last section was airmailed to the publishers Random House just days after he finished writing it, but it was not published for four months because the editors, specifically Bob Linscott, did not care for the ending of the novel. Linscott thought that the ending was weak because, once the characters were up in the tree house, Capote "didn't know what to do with them." He asked Capote to rewrite the ending, and Capote made some changes in it, but he did not completely rewrite it.

Truman Capote initially wanted to title the novel Music of the Sawgrass. It was Bob Linscott who gave it the title The Grass Harp.

The Grass Harp was favorably reviewed when it was published, and it attracted the interest of the Broadway producer Saint Subber, who traveled to Taormina to urge Capote to write a stage adaption of the work; his offer opened up new possibilities for income at a time when Capote was still struggling to make his way. Working with intense concentration, Capote managed to complete a draft of the play in a year's time. He was personally involved in the selection of a production team. Capote's stage adaptation of his novel, producer Saint Subber, directed by Robert Lewis, opened on March 27, 1952 at Broadway's Martin Beck Theatre, where it ran for 36 performances. The cast included Mildred Natwick as Dolly Talbo, Ruth Nelson as Verena Talbo, Jonathan Harris as Dr. Morris Ritz, Sterling Holloway as The Barber, Gertrude Flynn as The Baker's Wife, Val Dufour as The Sheriff, Jane Lawrence as The Choir Mistress, Lenka Peterson as Maude Riordan, and Alice Pearce as Miss Baby Love Dallas. Music was by Virgil Thomson and scenery and costumes were by Cecil Beaton.

"We missed doing "The Grass Harp" and "Arsenic and Old Lace" which were written for two Gishes. I also missed "A Streetcar Named Desire" which was written for one. Later I did do "The Grass Harp" on television for Word Baker and cherish a charming letter Truman Capote wrote me after seeing it. With Georgia Burke and Carmen Mathews."
Jersey Standard, WNTA-TV, March 28, 1960
Photograph - Wagner International Photos Inc. 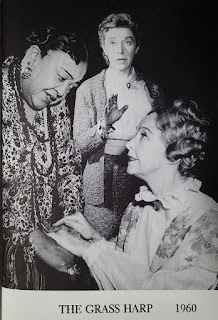 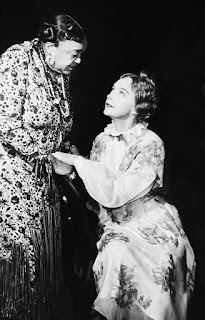 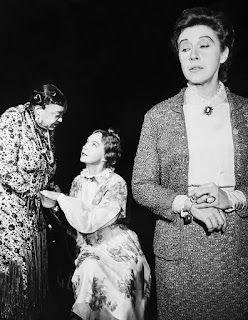 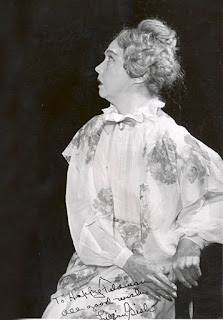 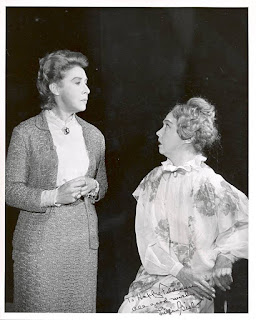